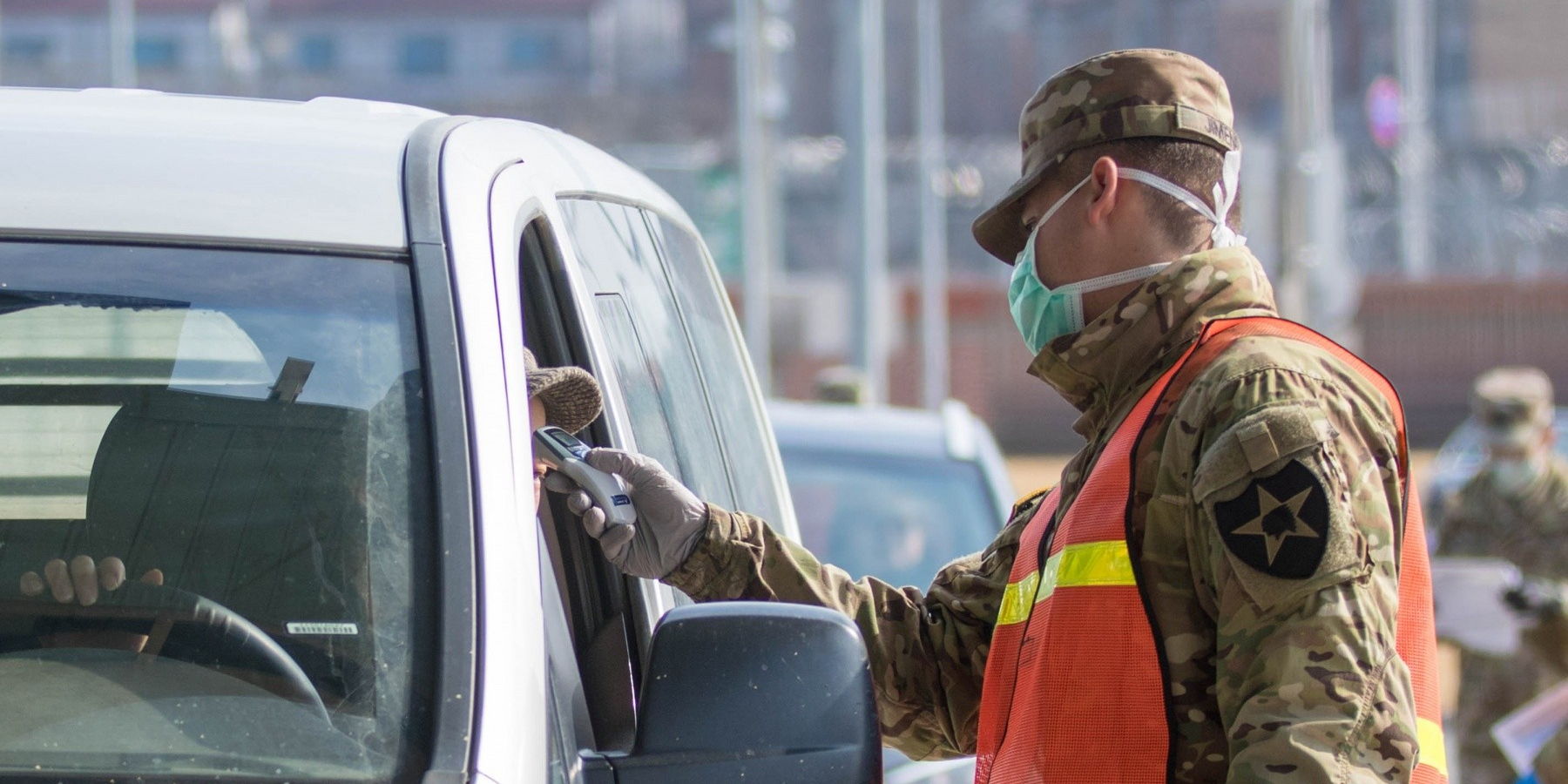 Reflections on the pandemic

Covid-19 pandemic is the beginning of a devastating economical crisis that will change our societies forever. Italian government is taking advantage of the health emergency in order to consolidate its power but it is unable to confront the upcoming economical crisis. Let’s demand a “quarantine basic income”.

It is not the end of the world, but of a world. Better, it is the profound crisis of a world and, as such, an apocalyptic one, a revealing one. That world is neoliberal globalization, whose vulnerable logistical flows and capricious supply chain have been distorted and interrupted by a pandemic, one that they have perhaps contributed to create, or at least amplify. Now, as Mike Davis wrote, the monster is finally at the door.

The crisis invests both the demand and the supply side of goods and the fossil fuels powering them, and is aggravated by a geographical simultaneity that has not even allowed to dump the problem in less compromised territories. It is a crisis of the real economy that has been reflected in finance, not a financial crisis with repercussions on the industrial economy and on employment, as was the case in 2008.

The latter was a latent crisis, and had been clearly announced at least a couple of years before, both at a structural level and at the level of anomalous stock market movements. Today the spokesmen of the crisis are virologists, not theologians, not to mention the arrogant and rather unprophetic economists.

This public health scourge is very real, perhaps it is only the first of a cycle of viral phenomena linked to environmental and climatic instability and more directly to deforestation and intensive farming. However, these issues are made worse by an economic scourge, one we are even more responsible of, which makes it very difficult to imagine a fast productive and demographic recovery following the spread of the disease.

The neoliberal management of globalization has failed in all its versions (USA, EU, and even the Chinese Belt and Road Initiative). The first signs of the epidemic were enough to shatter the logistic power transmission belts and the flows of goods and information. Walls were put in place and xenophobic hatred resurged, but then the viruses infiltrated both the texture of face masks and sovereign barriers, causing everyone to fall apart, one after the other, more recently Trump, because of what is perhaps the most chilling prospect of a future catastrophe.

What does the ongoing crisis bring to light and what actions does it suggest?

It shows that globalization is unsustainable, grounded in labour that is precarious, illegal, irrationally distributed on the basis of a deep-rooted structural logic, organized by service platforms and involving compulsory labour powering production. It is made possible by western and Chinese havens of skilled labour, paid increasingly less, and by a much wider base of delivery riders, Uber drivers, warehouse workers and Amazon distributors, Airbnb hosts renting small urban apartments, child slaves manufacturing goods, armies of producers, refiners and drug distributors in the global periphery – in the metropolises it is usually immigrants. Decentralized factories, a booming gig economy and a hustle economy, that hire synchronized but precarious workers. It takes very little to blow up this deranged system and make the reconstruction difficult, even after the pandemic. The financial crisis, the spectacular crashes of the stock market, are only superficial signs of a crisis investing the real economy, the global nervous and circulatory system, a crisis we can leave behind only with a different capitalist cycle or with a revolutionary shift.

Italy is the western country worst hit by the outbreak of Covid-19 and probably the most affected by the crisis. Very drastic measures have been adopted to tackle the health crisis, which are however much less effective to prevent the effects of the economic crisis. The extraordinary redundancy fund and other unemployment benefits have been extended, tax breaks have been put in place together with the postponement of tax payment deadlines. However, little has been done to stop the devastating and not easily reversible loss of temporary and informal jobs in the areas of tourism, trade and services. Nor have measures been introduced to tackle the foreseeable repercussions of the crisis on the traditional industry that produces goods both for domestic sale and export, an industry that will suffer the consequences of the disruption of international markets and of the fall in domestic demand that will follow a probable deflationary stagnation.
The Conte government – or, rather, the Conte-Gualtieri government, for the decisive support of the Democratic Party and the marginalization of the 5 Star Movement and Matteo Renzi – is politically strengthened by national unity and by the postponement of all electoral deadlines, the main objectives of the right-wing parties and of Salvini in particular. Italy has even obtained the suspension of the EU stability pact, which makes possible deficit spending, but has no substantial plans to reorganize the Italian economy following the tremendous shock of these days. That is, the usual strategy of the centre-left government is still in place, consisting of a multiplicity of interventions, social safety nets, tax breaks, discretionary and limited measures supposed to tackle a situation that requires a universal approach.

Two things must be done immediately:

1) Extend the precautionary quarantine not only to educational, social and commercial activities but also to workers in factories that are not essential for the drug and food supply chain, who are now at risk of contagion. Numerous spontaneous strikes are demanding this, and are spreading with little support from the unions. Protecting the physical survival of the “regular” and “irregular”, or even “clandestine”, Italian and migrant workforce is fundamental for any economic and civil recovery.

2) Introduce a quarantine income or Corona Basic Income, to protect in the short and medium term all workers in the informal sector who do not have insurance coverage and wage continuity, and workers in cooperatives and agency workers who will be among the first to lose their jobs. Together with what remains of the “citizenship income” – clearly ineffective because the workfare system, its conditional approach, can no longer be applied under quarantine and with so many jobs lost – these measures could become the structural base for a real unconditional income.

Many things will have to be done once the health emergency is over, once it turns into a systemic economic crisis. The struggle for a healthy body will turn into a struggle for a greater social health, as we will shift from a quarantine caused by a virus to quarantining failed neoliberal capitalism. Then it will be possible to make new choices regarding the mode of production. It will not be easy, but it will be necessary to keep up the struggle without tiring, and keep on asking:

«The watchman said,
“The morning comes, and also the night.
If you will inquire, inquire;
Return! Come back!”». 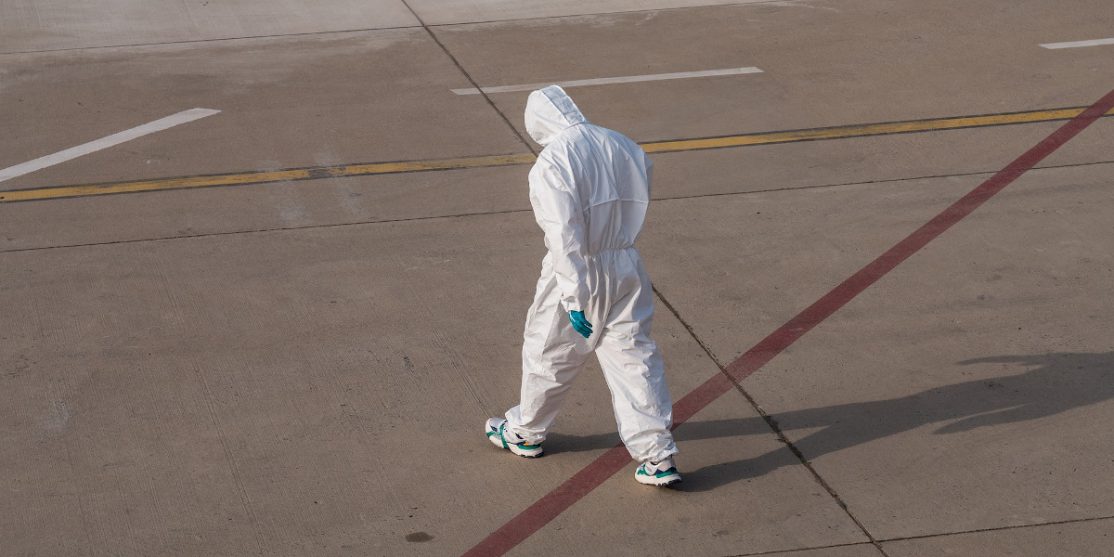 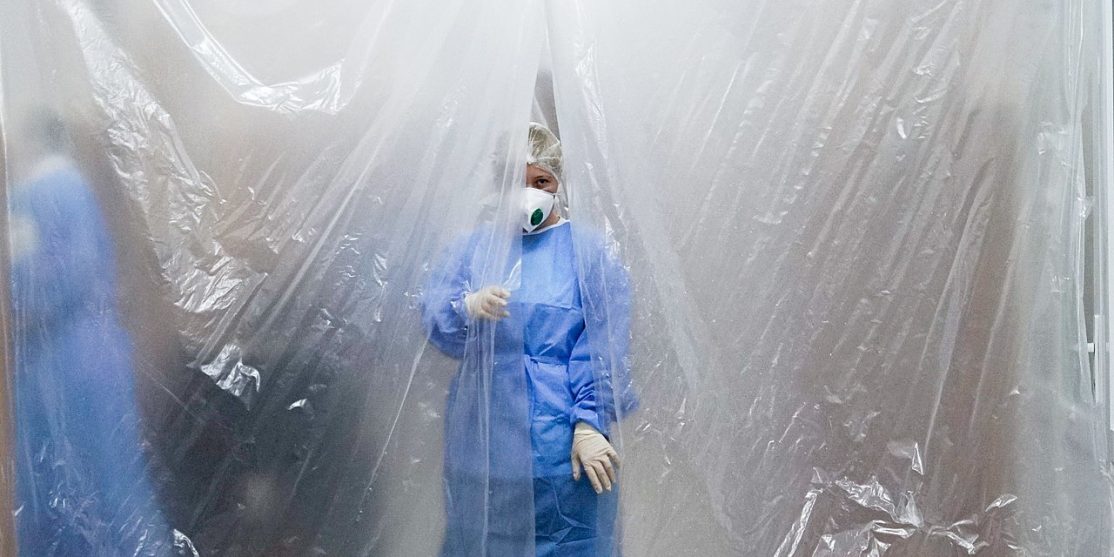 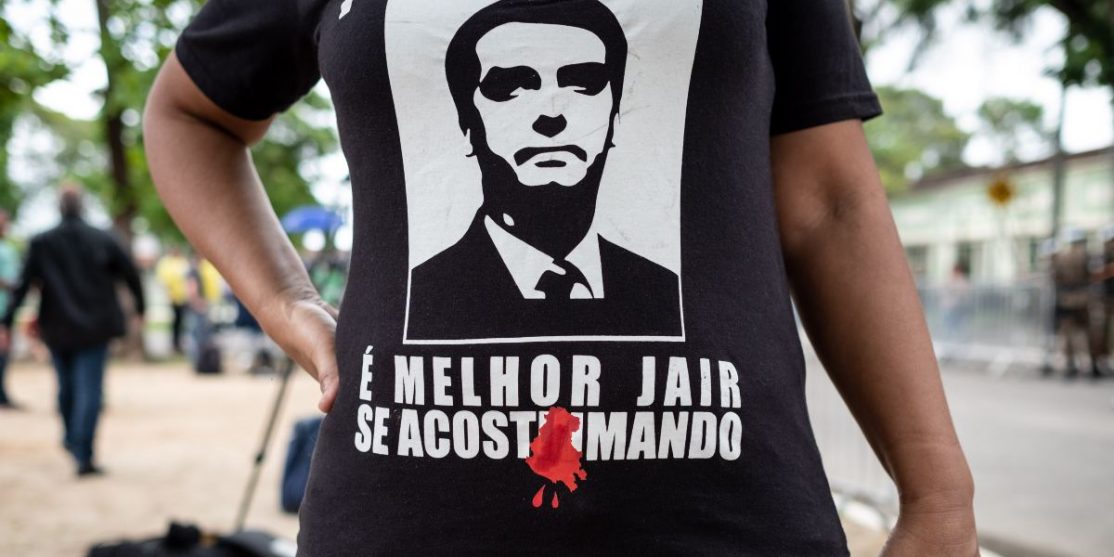 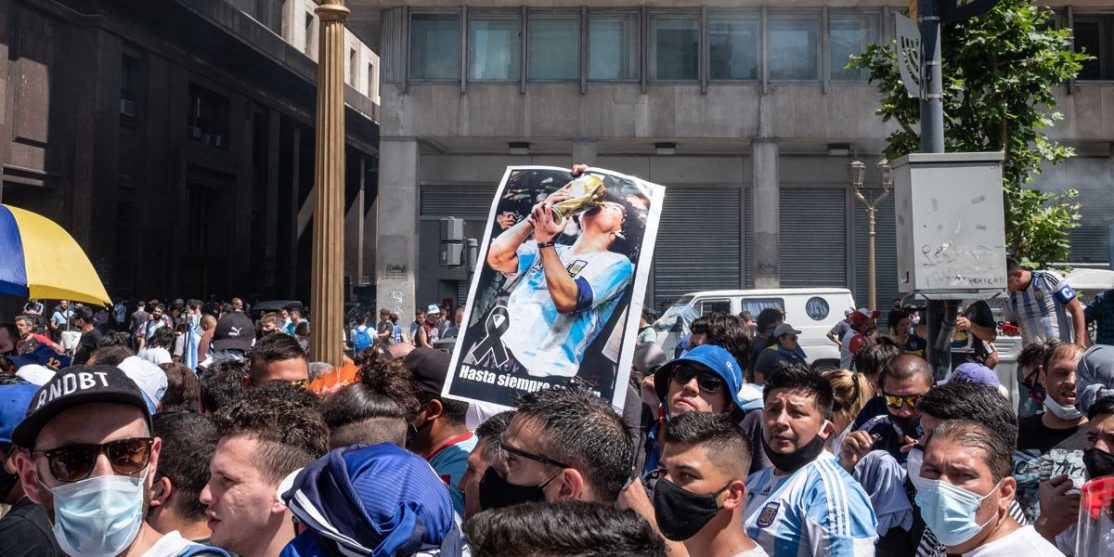 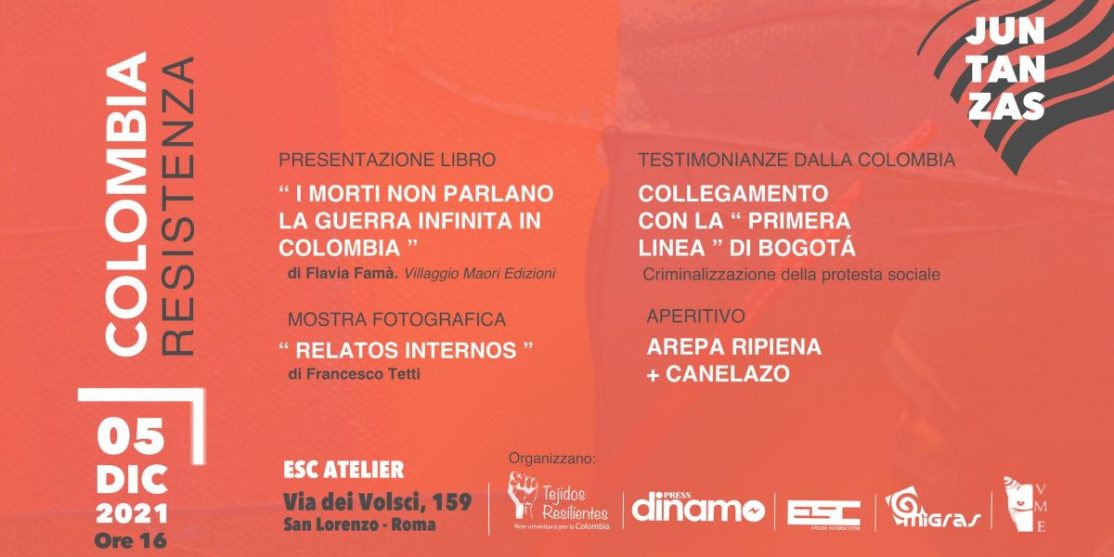 Colombia in resistenza: dibattito a Esc 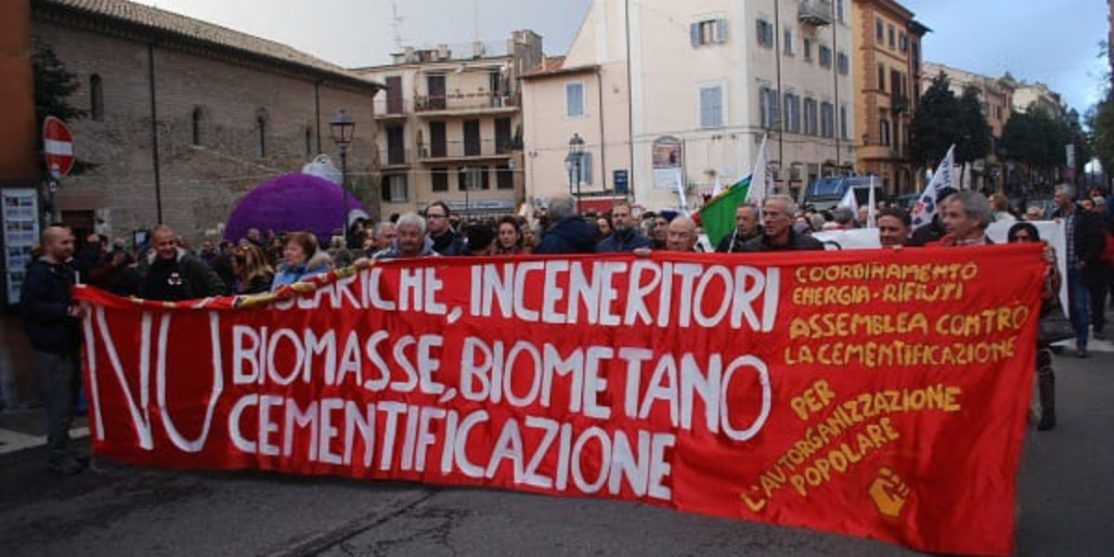 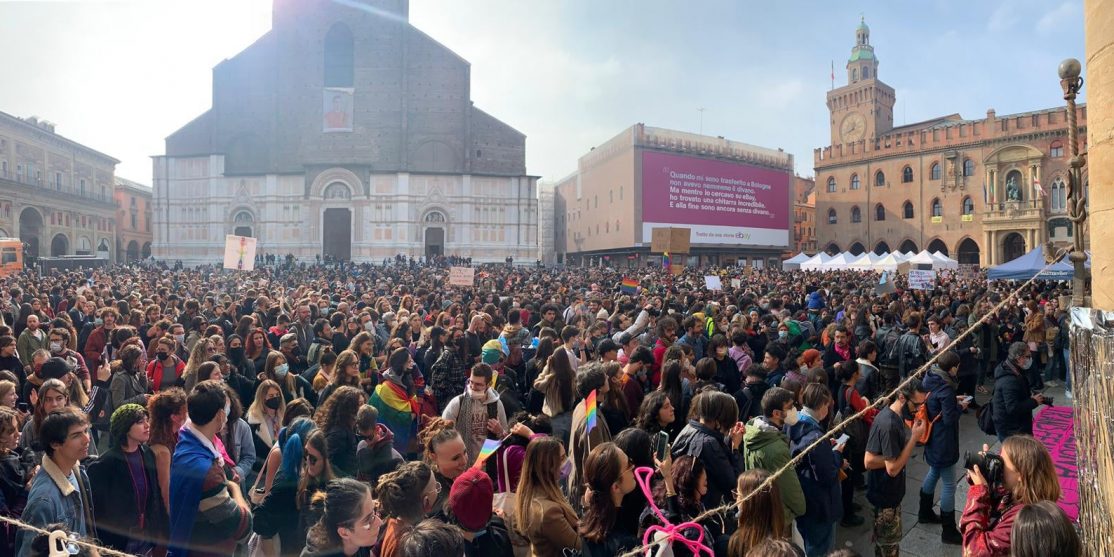