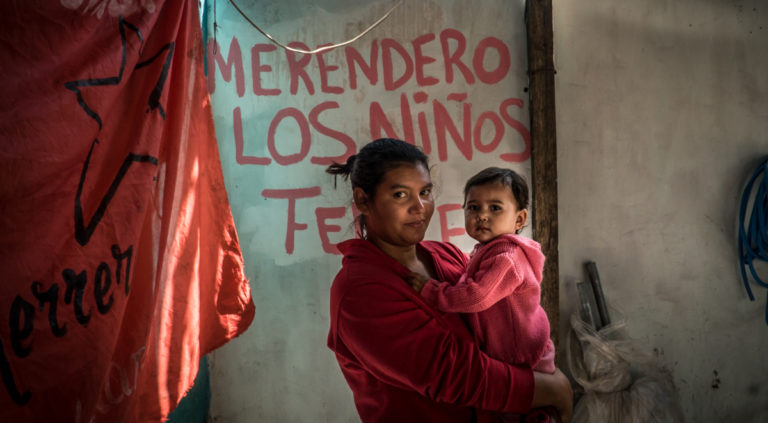 Pandemic and crisis in Argentina

Interview with Alioscia Castronovo, Italian anthropologist based in Buenos Aires, researcher in popular economies and workers’ self management, editor of the Italian independent website and editorial project Dinamo Press.

What is the present situation in Argentina?

At present the situation in Argentina is very complicated because of the economic default, which is the consequence of the deep crisis that hit during the last four years of neoliberal government led by the right wing coalition and the President Mauricio Macri between 2015 and 2019. The huge debt with the IMF and the austerity measures caused a dramatic situation: more than 35% of the population lives under the poverty line, the devaluation of the currency has been brutal, inflation has increased by 60%, unemployment has risen by more than 10%, service fees have increased by more than 500% and the economy has plummeted, while a huge cycle of popular, labour, feminist and indigenous struggles has taken shape.

The Peronist President Fernandez was elected in October with 47.7% of votes, an important political change for Argentina. In February he started the negotiations on the debt with the IMF, the debt was declared “impossible to pay”, but soon this debate was interrupted by the health emergency. The government immediately declared that only essential services were allowed to continue, and a strict quarantine was declared starting March 20, when there were only 70 cases of Covid 19 in the country, almost all coming from Europe. With the aim of reducing the contagion curve and support the healthcare system, devastated by the austerity measures (in 2018 the Macri government also decided to do away with the Ministry of Health!), Fernandez started to provide for more places of intensive care in the hospitals.

The quarantine is still in place, after more than two months, and will be until June 28; according to the latest news in Argentina there are 24.748 infected and 717 dead due to Covid-19. After the first month, the pressure of the industrial sector together with the economic crisis led to the reopening of some productive sectors, which has caused the contagion to increase, now that winter is coming.

What are the social and economic impacts of the pandemic in Argentina?

As all over the world, the pandemic is making social inequalities more visible: the spread of Covid 19 in the villas (slums) is dramatic, particularly in Buenos Aires, where these slums have acted as real epicentres of contagion. In these self constructed neighbourhoods thousands live in conditions of overcrowding without any public service. Two weeks ago Ramona Medina, leader of the Garganta Poderosa a popular organization  in the biggest slum of Buenos Aires, Villa 31, died because of Covid 19. She denounced the responsibility of the right wing government of the capital’s district for lack of water in the slum that lasted for more than ten days. She struggled for rights and public services amid the pandemic, the situation is tremendous.

The informal sector – 40% of Argentina’s labour force – is undergoing a deep crisis, like the indigenous people, who are fighting for their territories, their culture and their rights in different areas, and are structurally excluded and racialized. Gender violence and femicidios have increased during these months, and the feminist movements, the most important political movement, has organized protests and actions, but also concrete support for women suffering violence. Moreover, there have been revolts in jails where overcrowding is dramatic, and finally, also the majority of migrants is experiencing a difficult situation because often informal work and benefits are not available.

How do you view the support measures announced by Alberto Fernández?

The situation here, compared to Colombia, Brazil and Chile is better: not only because of the timing of the quarantine, but also because the President decided to implement some important measures: an emergency basic income, of around 130 EUR, was proposed for 4 million people, however in one week 11 million people applied for it (so far it has been given to 8 million); the decision to stop the increase in housing and service costs, to suspend evictions and layoffs for six months.

However, not all these presidential measures have been respected, and the most important measure proposed, a wealth tax, has not been approved yet. It’s a very difficult situation, expectations are high, people voted to stop neoliberal policies that impoverished the middle and lower classes, but the situation is becoming worse by the day and in popular neighbourhood thousands of people are suffering food shortage.

In the course of this crisis we have witnessed many solidarity actions, interventions by self-managed networks, etc. Could you tell us more about this?

It’s a very important point, in order to understand the situation in Argentina and Latin America: a huge part of the reproduction of life depends on popular economies, constituted by heterogeneous spaces, collective strategies, cooperatives, alternative markets, communitarian ways of reproducing life, self-managed labour and welfare systems set up in low income territories, to organize and reclaim spaces, resources and labour from the global market and the State. Social movements and political territorial social organization manage the distribution of food, through self-managed popular canteens; they organize popular infrastructures, care and communitarian work.

Women and migrants are in the front line as they are employed in the so called essential sectors, which in the countryside is family-managed agriculture, while in cities it is delivery and rider labour and reproductive and care labour. Popular economies are very important political actors, a guarantee for reproduction of life in popular territories, and centres of struggle against the logic of individualization, violence, debt and exploitation. The self-managed cooperatives and recuperated factories, despite being greatly hit by the crisis, are producing masks and other healthcare materials, contributing to tackle the pandemic crisis.

How do you see the near future in Argentina? How can workers, the poor and the popular classes not pay also for this crisis? What are the prospects for the growth of class struggles?

The situation is very complicated for the popular classes in Argentina, but at the same time the Peronist government constitutes a possibility in order to redefine the power relationships and obtain social achievements. Right now, movements are claiming increased resources for social plans and salaries, food and health care, there is a decisive struggle for a tax on wealth and financial transactions and in general for the redistribution of wealth. Only struggles can change the situation, and the responsiveness of this government depends on popular claims and mobilizations.

The feminist movement, the popular economies organizations, the worker and the students resisting neoliberalism, the indigenous and popular resistance movements against extractivism are part of a new cycle of struggles against the dynamics of accumulation of capital which has expanded in the whole of Latin America with popular insurrections taking place shortly before the pandemic. All these actors have been organizing social solidarity during the pandemic, building common spaces and relationships that are fundamental for the continuation of the struggles during and after the pandemic, aimed at not paying the cost of the crisis that is already underway throughout Latin America.

In conclusion, I would like to ask you at what stage the government’s negotiations with the IMF on debt are today, and how do you view the discussions concerning the suspension of debt payments and accounting control.

As I said, the negotiation on the Argentinean debt started in February, but was then interrupted because of the pandemic: nonetheless, default was officially declared some days ago, and negotiations will restart again soon. The government is looking for an agreement, it announced it does not intend to pay until 2023 and is trying to renegotiate a reduction of the interests, but the moderate proposal for the restructuration of the debt presented by the Argentinean government has been refused by creditors.

Social movements and left-wing and popular Peronist deputies are demanding a debt audit, that should investigate the responsibility and involvement of the IMF in the capital flight. Others claim the debt should not be paid. Certainly it will be a central point in the future of Argentina and not only: the main issues are public debt, but also private and popular debt, which are a more complex problem, debt as logic of obligation, dispossession and accumulation, which is behind the looting of common and public resources, as we have seen in Greece and Southern Europe. The logic of debt has dismantled public resources, territories, the quality of life, healthcare and salaries of most of the Argentineans, producing benefits only for the elites and the concentrated economic power: the consequences are dramatic. It’s time to reverse this trend.

All the photos by Gastón Bejas.

This article has been published originally in greek language on the Greek lef-wing newspaper Εποχή. 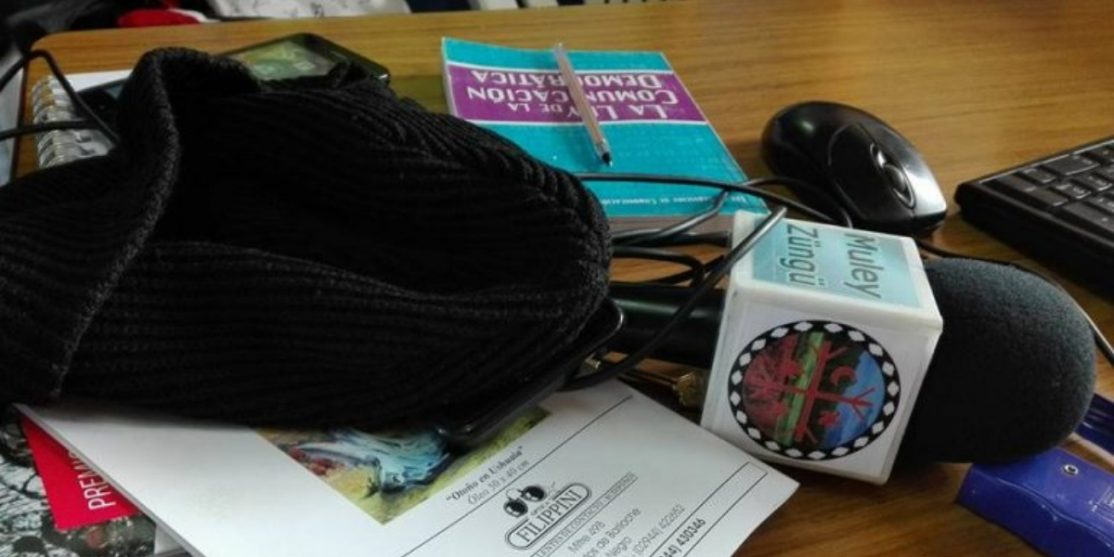 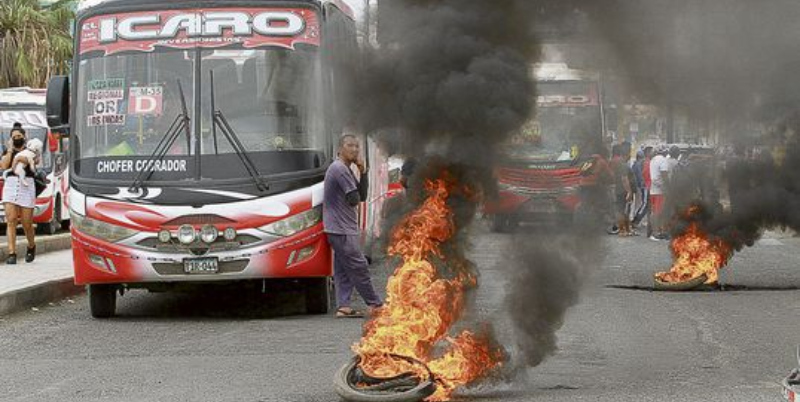 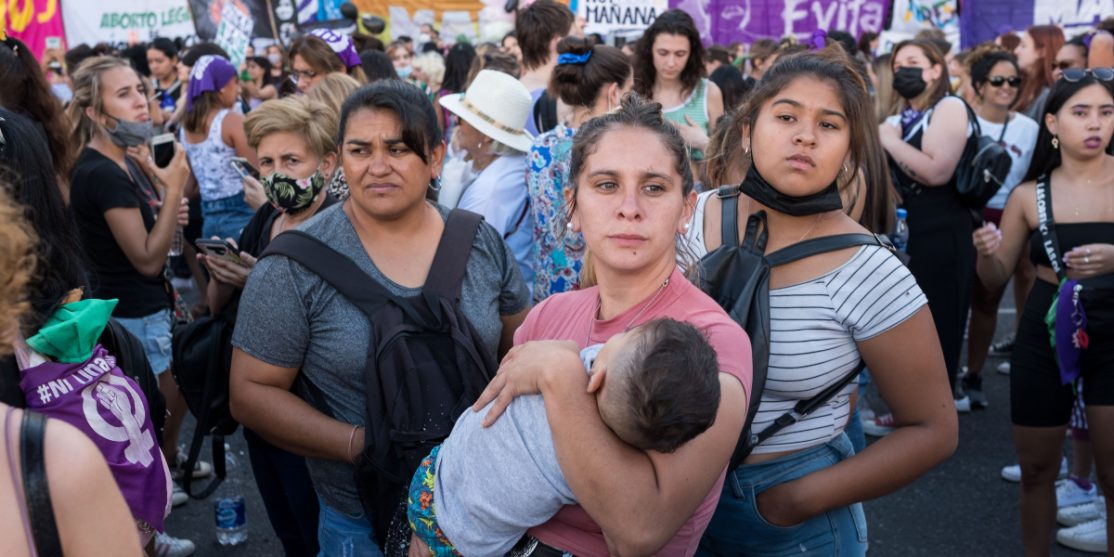 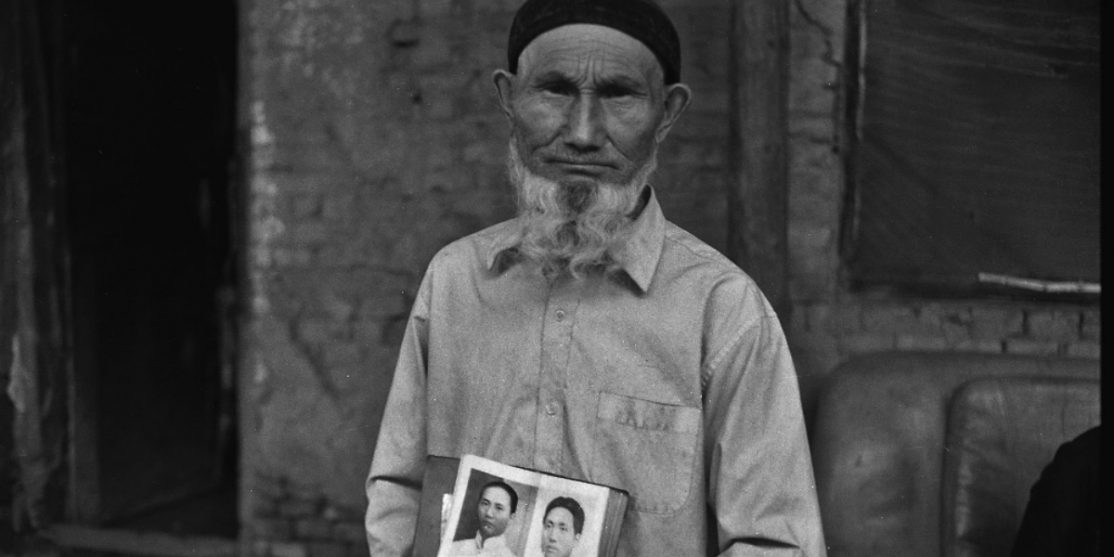 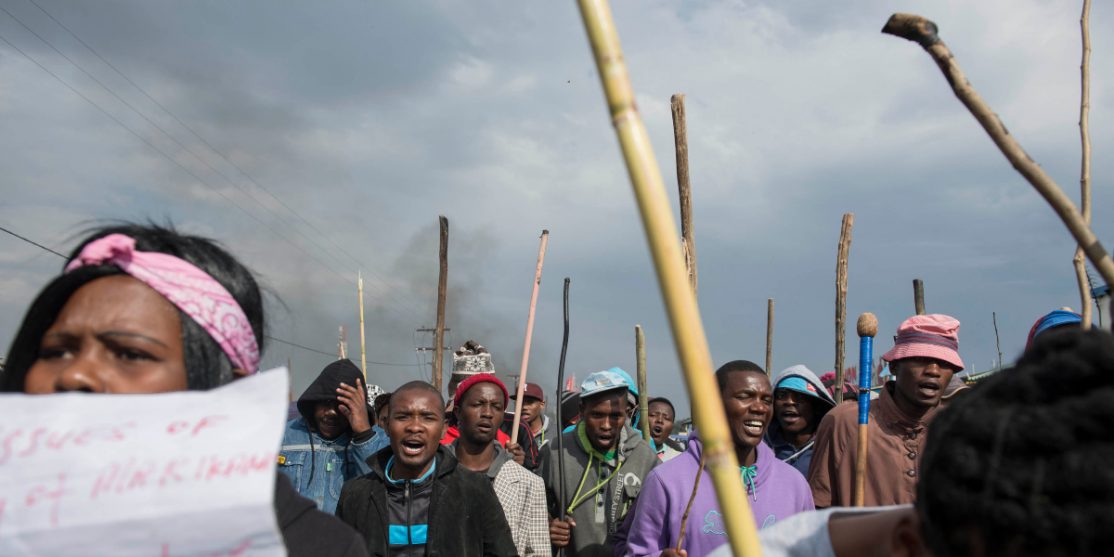