Esc hit by a verdict that looks like revenge 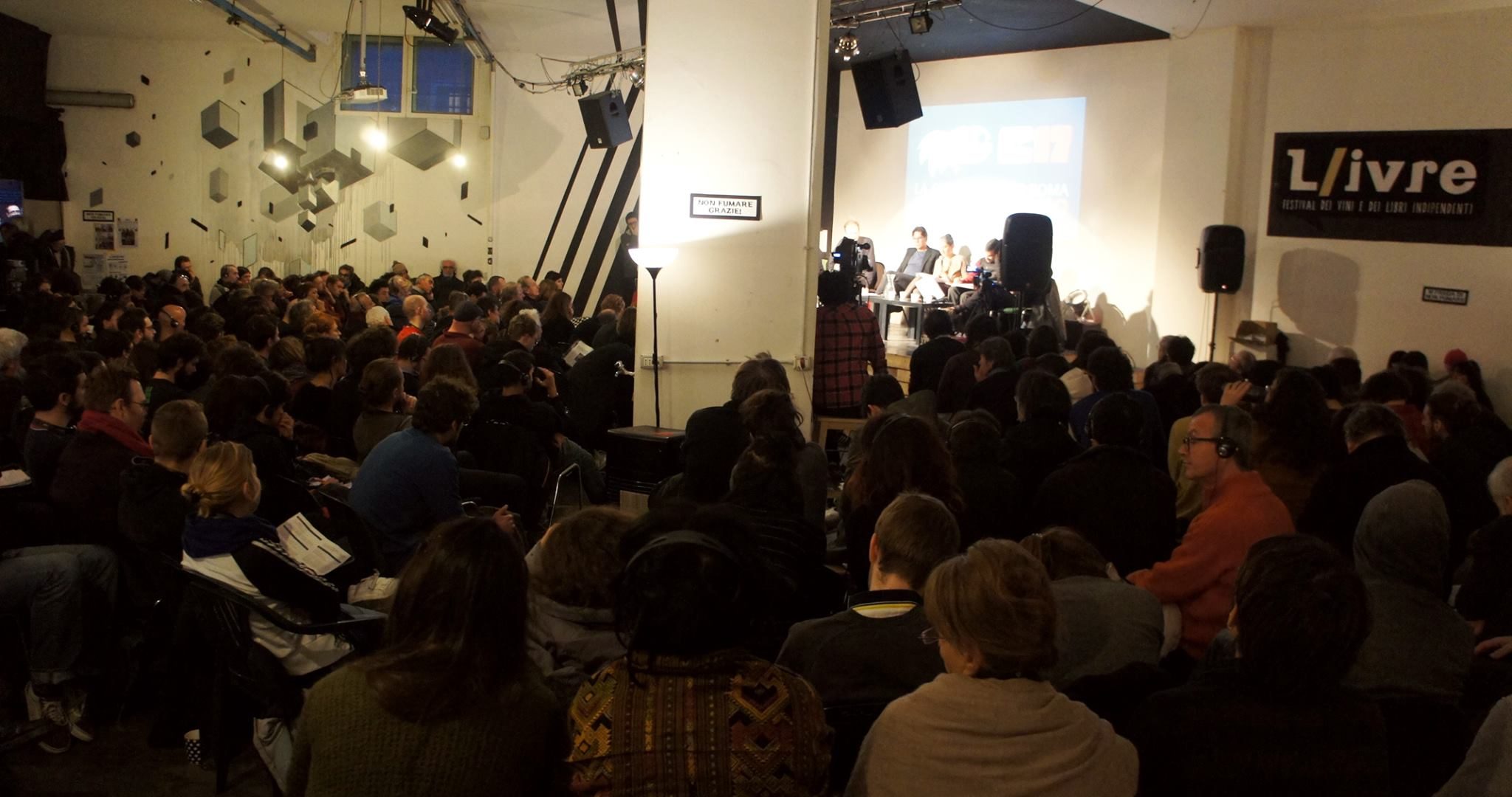 A decision by the civil court of Rome risks wiping out 17 years of autonomy and self-management. Among all the associations and social spaces in Rome, Esc was the only one sentenced to pay the entire rent, calculated backwards and from the very beginning: a true fraud by the administration. A monstrous amount between 220 and 300 thousand euros, money that – quite simply- we do not have

A new, very hard sentence has hit Esc. This time, our political and social experience faces the risk of being wiped out forever.

On Wednesday 20th of October, our space was hit by a civil judge’s decision that confirmed a dangerous theory. Following what had been stated with resolution 140 of the Municipality of Rome, the social and cultural activities carried out in public spaces -previously assigned by the municipality- should no longer be granted recognition. As a consequence, neither should their right to pay a reduced rent, fixed at one fifth of the market value. Thus, the verdict states that we rent should pay 100% of that value. Ours is the only case in the whole city of Rome. The sum was calculated backward, as if we should have been paying that money since the very beginning, from 2009 to 2019: a real fraud carried out by the municipal administration. The amount currently due is 221,408.82 euros. However, with further rents, legal fees and other costs, it could easily exceed 300 thousand. Money that – quite simply- we do not have. And we do not have it because we have given everything to that space without asking for anything in exchange, after having fought hard to obtain it.

Via die Volsci 159 was just one of the many public buildings left empty. Twelve years ago, after five years of occupying a nearby building, we moved in and filled it with legal assistance for migrants and precarious workers, an Italian language school for foreigners, recreational and after-school activities for the children from the neighborhood, a place where university and high school students could gather and study together, meetings of the independent media project DINAMOpress, meetings of the Clap union workers, assemblies of the feminist movement Non Una Di Meno and of local and international political networks. Hundreds of debates, presentations, shows, and exhibitions took place at Esc. And then the seminars of the Free Metropolitan University LUM and Euronomade, the C17 conference one hundred years after the Soviet revolution, the festivals of independent publishers and wine producers. Over the years, our space has become a cornerstone for independent and free cultural production, an anti-fascist and anti-sexist stronghold, a reference point for the city and for the neighborhood.

But to tell the story of Esc we cannot stop at what happened within its walls. Esc was the protagonist of the university movements of 2005, 2008 and 2010 in defense of public education. It took part in the battle for the commons (from the Stefano Rodotà constituent to the referendums for public water and against nuclear power). It crossed Europe to demonstrate in defense of human, environmental, social and labour rights. It was borded the humanitarian ships that save lives in the central Mediterranean: in particular, it directly contributed to making Mediterranea Saving Humans sail the sea. It was in Turkish and Syrian Kurdistan where the Kurdish people fight against the Erdogan regime and the ISIS terrorists.

To support all these activities we have also organized self-financing initiatives: each of us has given their time and energy -often after having spent long hours studying or working endless shifts between one precarious job and another- to raise funds in order to assure that the activities could be accessible and completely free.

At the end of February 2020, with a gesture of collective care, we suspended many of those activities, without waiting for the state to declare the lockdown. However, even during those difficult weeks, Esc played an important role for dozens of people in trouble. While many had to stay at home, we set out to collect basic goods and organized their distribution to households in San Lorenzo and in the eastern part of Rome, along with activists from other social spaces and associations. When the period of hardest restrictions came to an end, we reopened our social activities and self-managed services, avoiding social initiatives that could have created gatherings and, therefore, risks. We have restarted these activities only a few days ago. Because being together, listening to music, getting to know each other, meeting outside of commercial circuits is part of an important role that our space plays in a city where many clubs are in the hands of organized crime and in a neighborhood that has been transformed into an amusement factory for the sake of private interests.

In the case against us, the civil judge refused to admit even a single one of the many witnesses that we had called to testify the incredible richness in social, solidarity, political, cultural, and musical initiatives our experience lives of. Instead, it gave value to a short extract taken from a single local police report according to which music was playing and drinks were being served inside the space (what an outrage!). A report that we have never been able to view and which, among other things, was contradicted by at least two similar reports by the local police, that stated the opposite. The latter, however, were not at all taken into consideration.

Six years ago, we were among the first to receive the letter from the Department of Public Assets, that claimed that the assignment at a social and reduced cost that the Municipality of Rome had granted to hundreds of realities was illegal The letter demanded for the property to be returned and to proceed with the payment of 100% of all the months that had been calculated on a reduced basis up to that moment. Those letters were a direct consequence of the persecution against Rome’s social realities, unleashed by the prosecutor of the Court of Auditors, with the intention of tracing the city’s associative fabric back to the rent scandals that were shaking the city at the time. Thus, along with many others, we were considered a cost, “damage to the treasury”, and everything we had given and that we are still giving to the city was wiped out of the picture. This theory was then ratified by resolution 140/2015, signed by Ignazio Marino and Luigi Nieri (respectively, mayor and vice-mayor at that time).

When Esc had to face the order of eviction, we never thought about putting up a fight to only rescue ourselves: immediately, we summoned the other city experiences and organized the Decide Roma network. The goal was to find a political solution for all the realities that were under attack, but also to open up new possibilities and protect any new experience that may come to arise.

During the whole time that followed, throughout the government of the Special Commissioner, the prefect Francesco Paolo Tronca, and then during the five years of Virgina Raggi leading the City Council, we mobilized constantly to try to make that objective come true. The theory embodied in resolution 140 ended up falling under the blows of a rapid sequence of judgments issued by the very Court of Auditors which disavowed its statement and established that, for no possible reason, non-commercial municipal assets may be rented at market value, since they are intended for social and cultural use. Therefore, those requests for money were – and are – absurd. Nevertheless, the absence of a political solution, which has been constantly opposed by the Movimento 5 Stelle (the party in force in the city’s government up to the most recent elections), allowed for administrative action to continue with complete autonomy and each one to the discretion of judicial paths that may take a different course for every case.

Many social spaces and many associations, with situations just like ours, presented appeals with the exact same approach: in these cases they were accepted by the courts, that reiterated the obvious, that is to say that it is right to pay the reduced rent (both for the past and for the future). Incredibly, and against all odds, Esc was the only one sentenced to pay.

We don’t know exactly why. Certainly, we are not inclined to simply think that it is chance or bad luck. Instead, the facts and the context point to a persistent relentlessness against us. Maybe we pay a price for maintaining our strong independence and autonomy, or perhaps for having always been on the front line of this battle.

We shall appeal against the judge’s decision, but we shall also continue to fight this battle at the political level. It is politics that must take responsibility for the problems and opportunities of this city, as we have seen happen over the past few months in the case of some regional and parliamentary and regulatory interventions that invested realities we have been collaborating with for years. The new mayor now has a priority that concerns the life of this city on his agenda.

In the meantime, we shall also have to set up a guarantee fund to protect our comrades who, starting from last Wednesday, risk the foreclosure of their bank accounts and part of their already precarious salaries being withdrawn. “We all set off and we come back all together”, and for us this means that no one is left behind, even at most difficult times.

In the coming days we shall announce how to take part in this battle, which doesn’t only concern the future of Esc, but also the one of an important piece of this city. 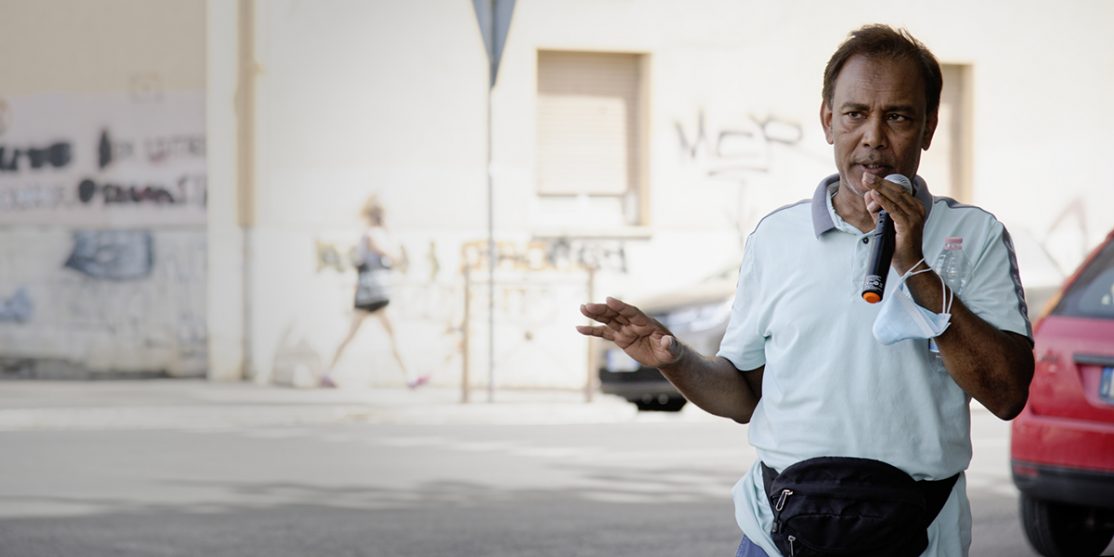 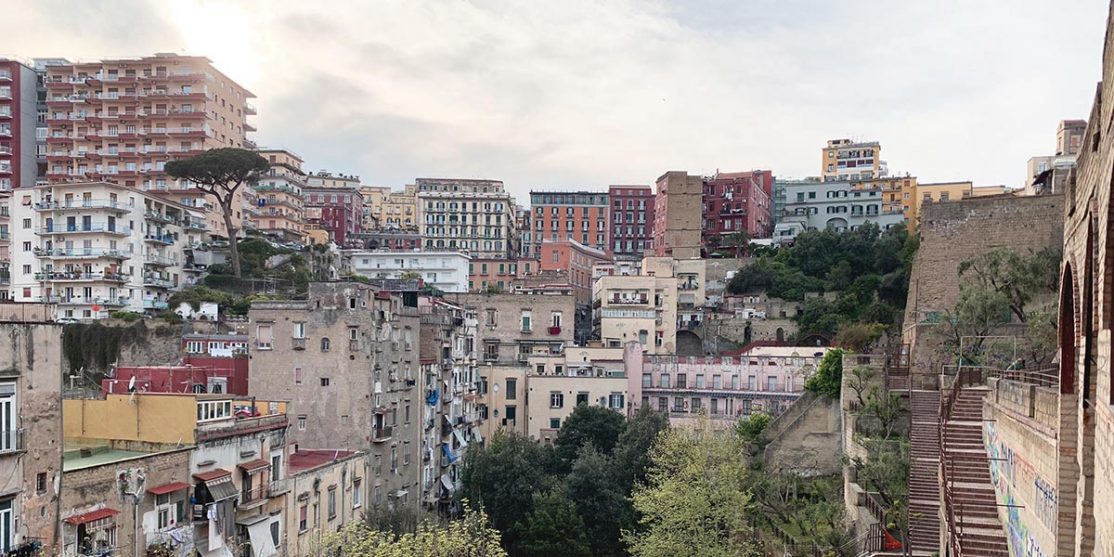 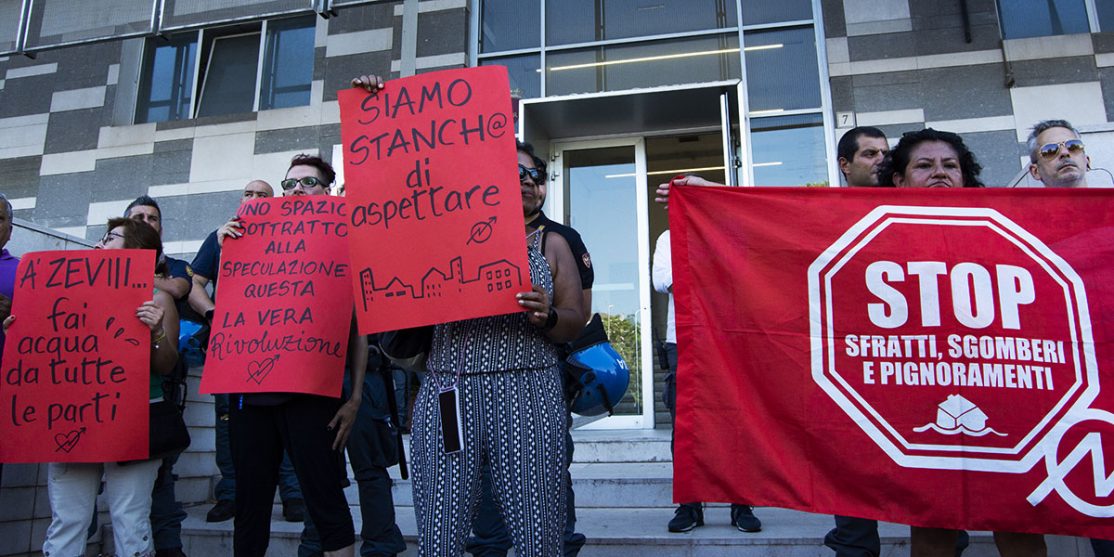 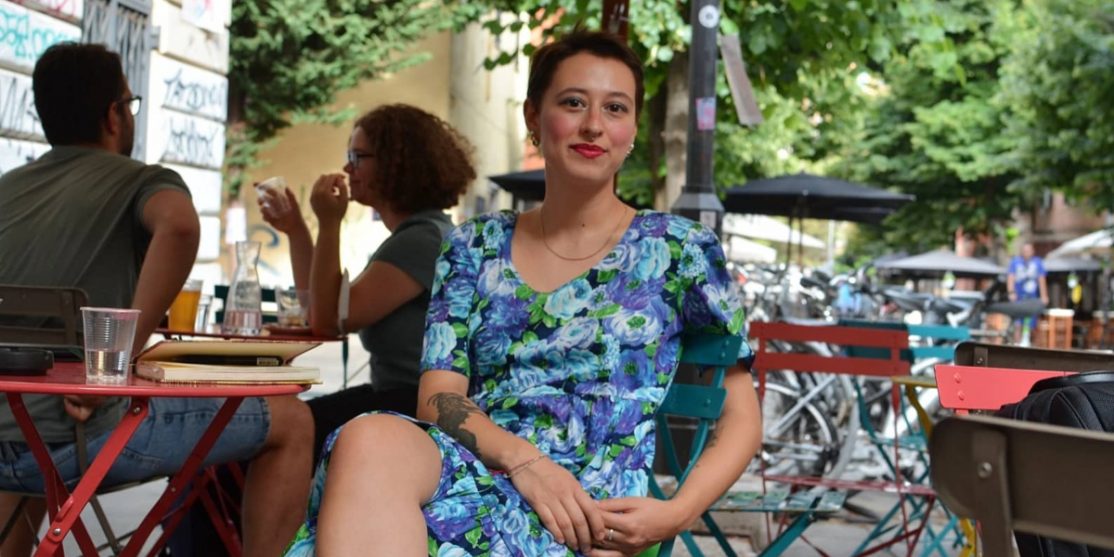